Join us on sample date
Know the Facts About Prostate Cancer: 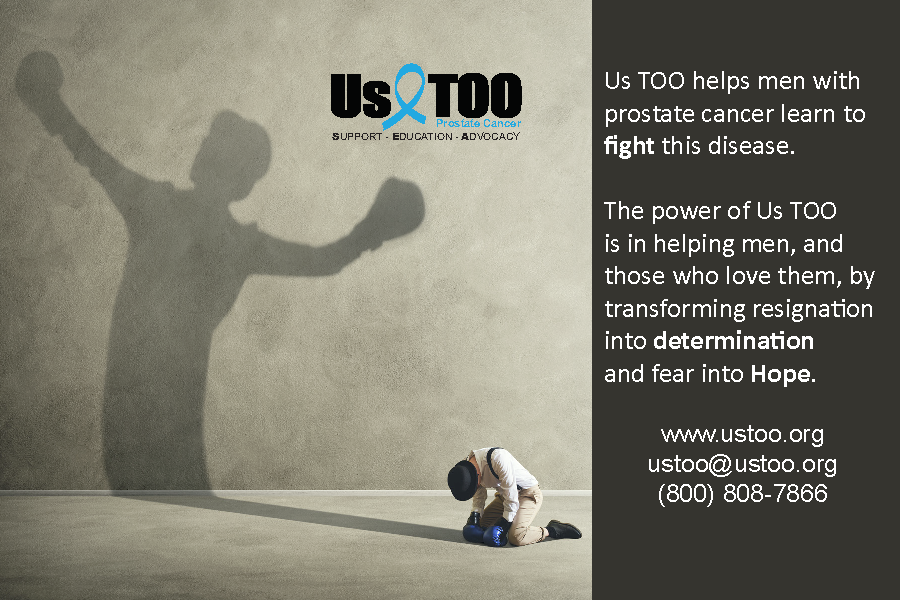 Age: This is the strongest risk factor for prostate cancer. The disease is rare in men younger than 45, with the average age of 70 at the time of diagnosis.

Family history: A man’s risk of prostate cancer is higher than average if his brother or father had the disease. A man with one close relative with the disease has double the risk. With two close relatives, his risk is five-fold. With three, the chance is 97%.

Exposure to Chemicals: Men who served in the military during the Vietnam and Korean wars who were exposed to Agent Orange are at a higher risk for developing prostate cancer (and other cancers/diseases)

For more information on prostate cancer, or for questions or support, please visit www.ustoo.org, email ustoo@ustoo.org, or call 1-800-808-7866.